Bicycle culture in India is as diverse as the country itself. Yet it’s not the favourite transport middle to get from ‘A’ to ‘B’. Public transport (mainly busses) plus motorcycles / scooters fulfil that role.

Maybe it’s because Indian traffic is so chaotic that it often feels unsafe to cycle there. Or maybe it’s because bicycles are seen as ‘low status’. As one businessman pointed out to us, “only old people and school children ride bicycles. Me, I have a motorbike!”

Two-wheelers are also used in ‘Jugaad’ (roughly translated as ‘make-do’ / a creative hack.)

Why not use pedal power to run a sewing machine? They even prepare meals on cooking equipment that they’ve lashed on their bike.


Sometimes there isn’t enough equipment or tools to go around. But with the help of their trusty two or three-wheelers, Indians quickly bring wrenches or an air compressor to wherever they’re needed. 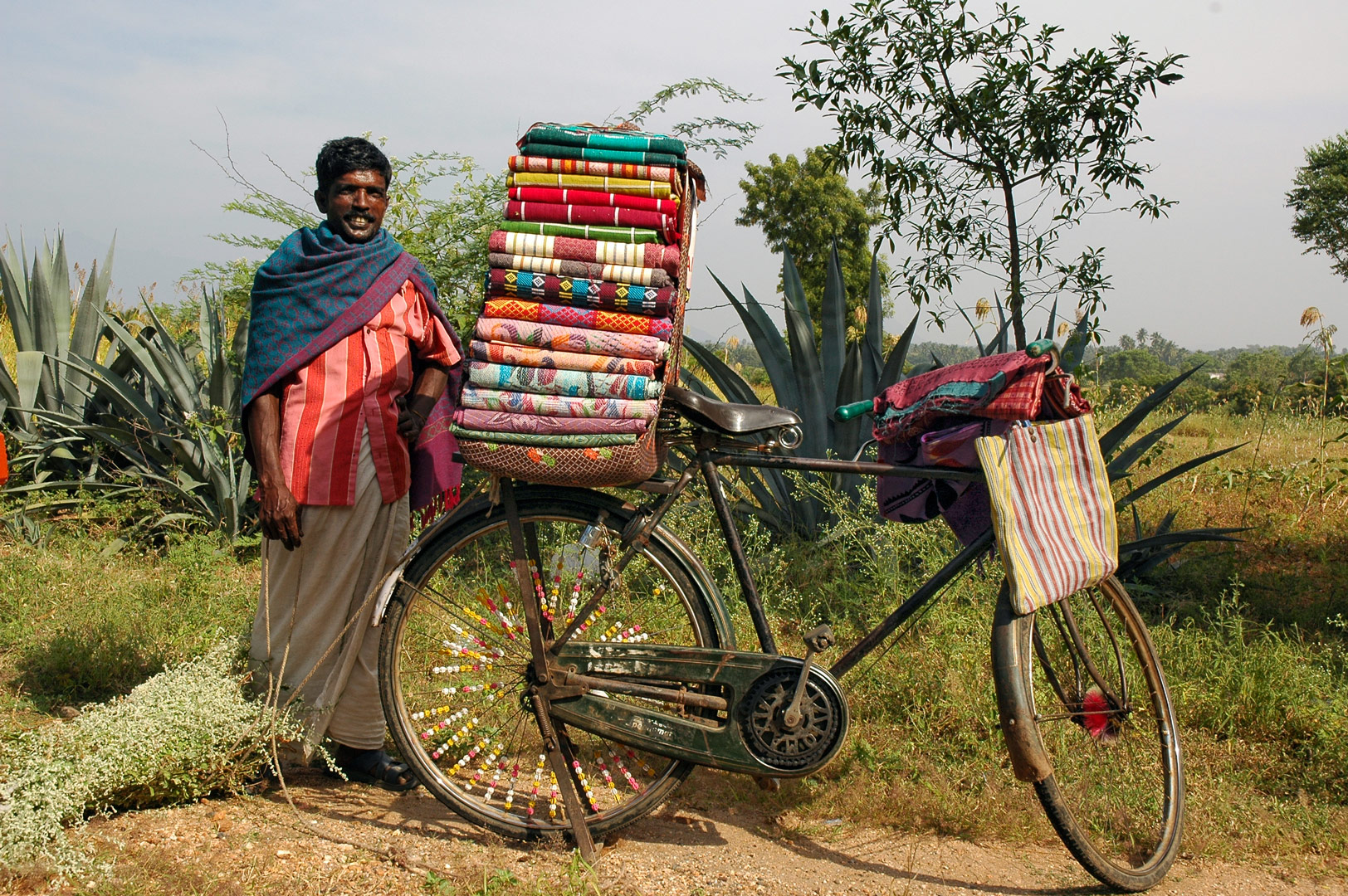 Scooters and motorcycles are popular throughout the country. But these types of transport make lousy market stalls. So out comes the Hero bikes, loaded up with goods. 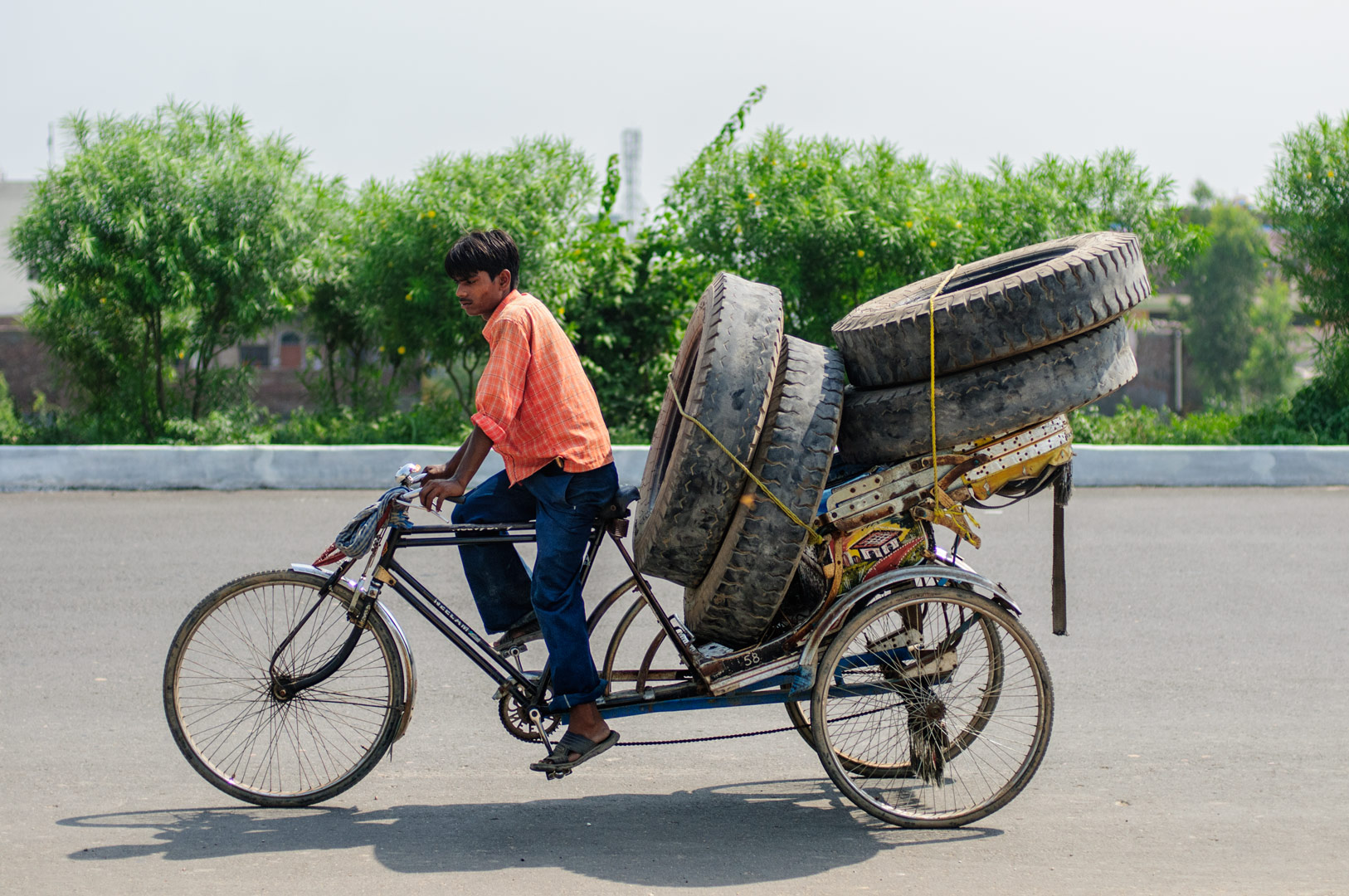 When it comes to heavy, bulky loads, then they finally switch to rickshaws. Most in-town cargo is transported via tri-wheelers.