There are over 800,000 two-wheelers in Amsterdam and the majority of them are old black city bikes. If you can’t remember precisely where you parked your iron steed, good luck in locating it later!

Many Amsterdammers enjoy customizing their bicycles. Big bells, toys and and other cycling paraphanelia are attached to handlebars and racks. These colourful accessories also help them spot their bike from a distance. 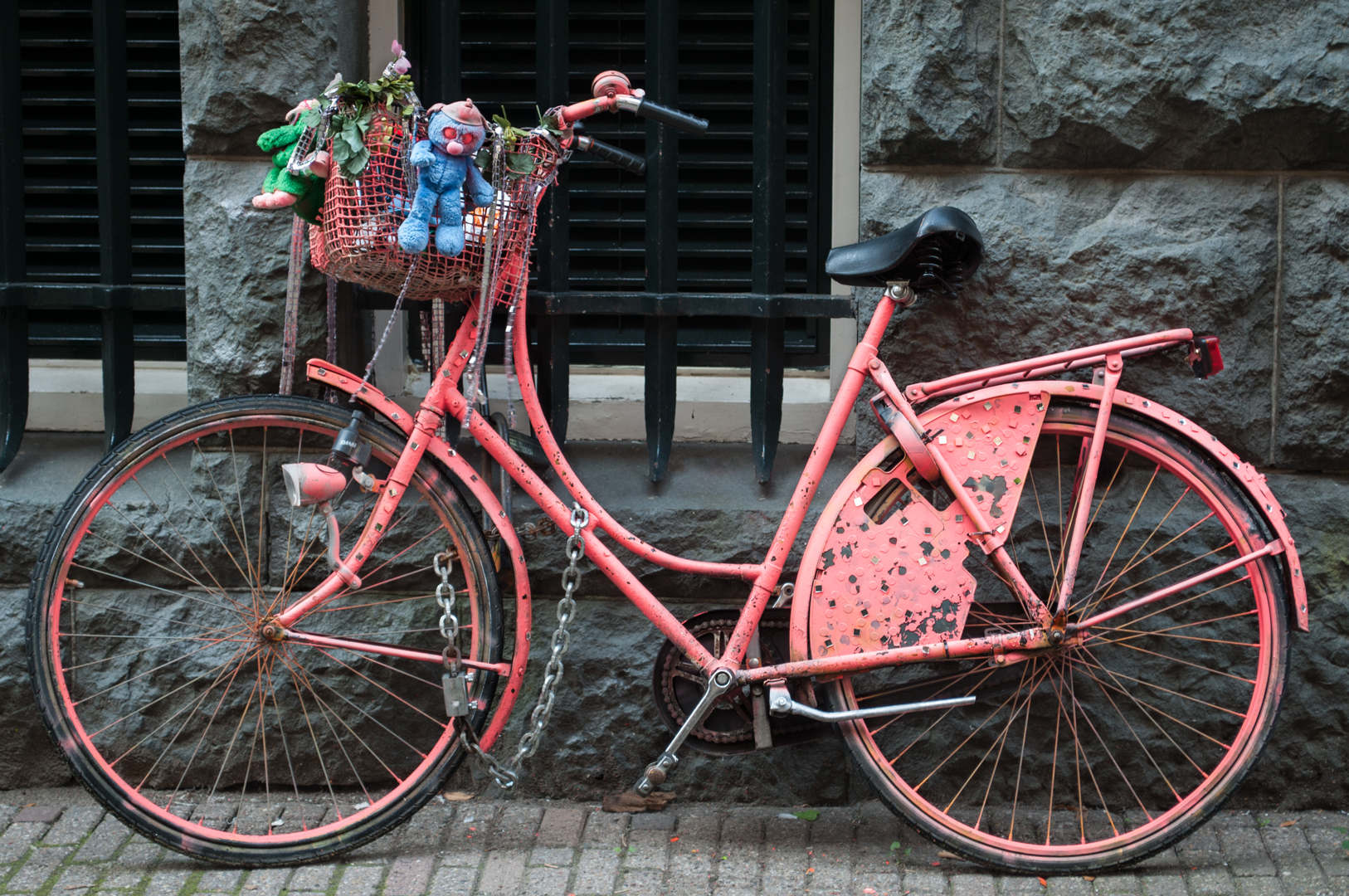 Some go even further by treating their trusty two-wheeler to a custom paint job. This also works as a good theft insurance. Bike thieves prefer bicycles that aren’t easily recognized and blend in. They’re easier to sell since potential new owners don’t want to be caught with a stolen bike.

Those who buy a 2nd hand bike in a back alley often suspect that their newly aquired steed might have been stolen. So off they head to a HEMA store for a can of spray paint to make their bike  ‘un-recognizable’.

Attaching flowers to your steed is also a part of Amsterdam bicycle culture. Dutch winters are dark and grey, so many women brighten up their bikes with them.