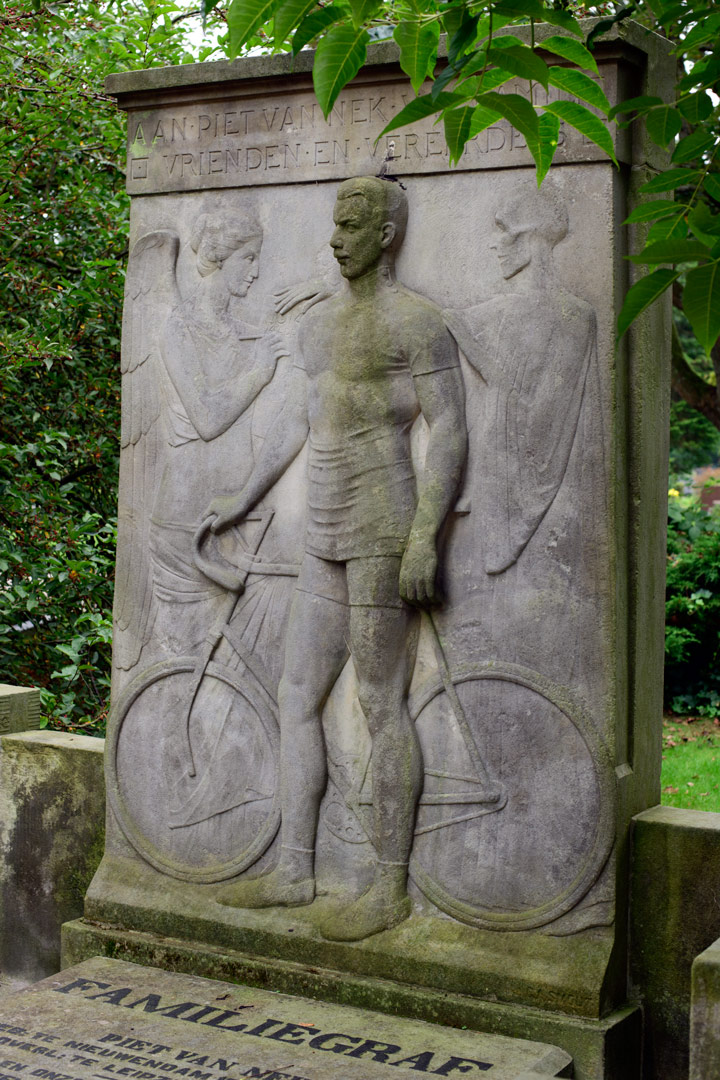 The bicycle with inverted front fork shows that Piet van Nek was a track cyclist. He made his debut as a stayer on the Zeeburgerbaan and became Dutch Champion in 1913.

A tire blowout took his life during a match in Leipzig. The tragic death of this great talent shocked friend and foe. About 80,000 people gathered for his funeral. The funeral procession, with the red-white-blue champion’s jersey on the coffin, led past Olympia sports hall on Rembrandtplein and past Piet’s Mother’s house in Van Woustraat. 5000 supporters had gathered at the Nieuwe Ooster, including Jaap Eden.

This sports grave was made by the sculptor Kees Smout. Behind the mustachioed cyclist in jersey are two symbolic figures, on the right death handing over to the angel (left) Piet’s date of death.