After crossing into China from Laos, it was soon obvious that bicycle culture in China revolves around cargo bikes. 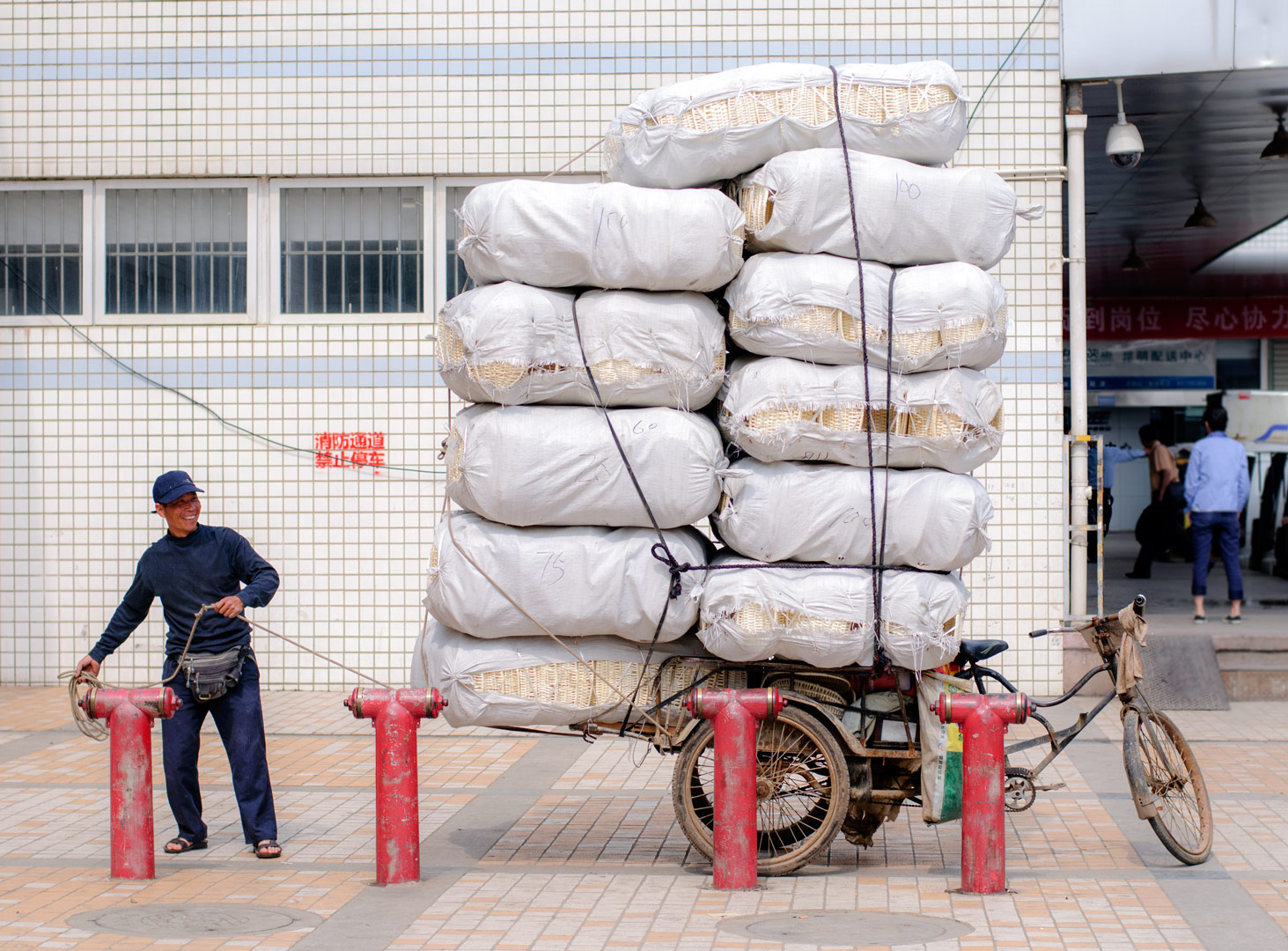 And boy, can they overload them! How they managed to get all of that stuff on top in the first place is beyond us… 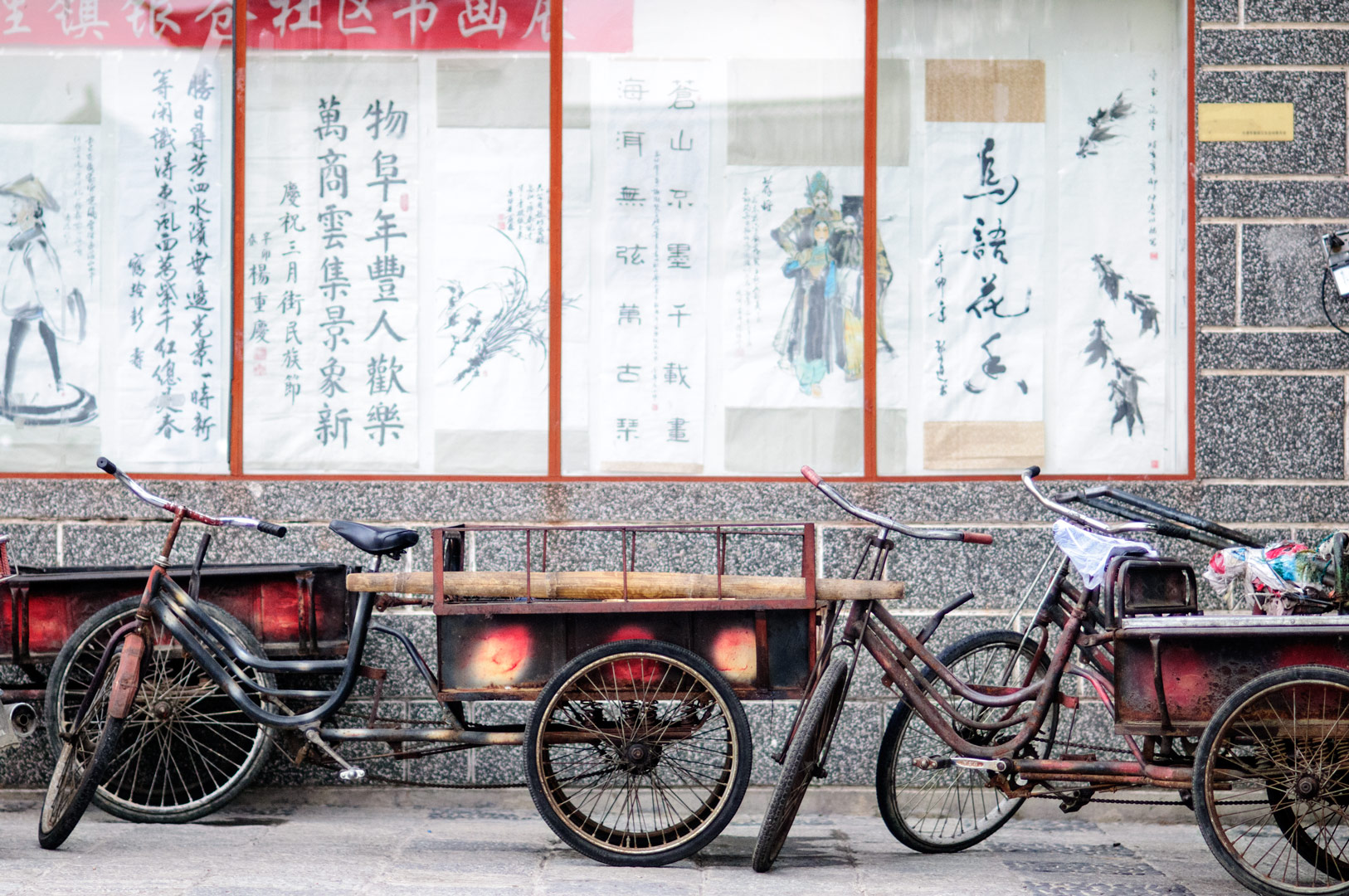 These aren’t the sleek, well maintained Dutch cargo bikes with the box in front. They’re rusted three-wheelers that were designed and built to transport goods. They’re bomb-proof. 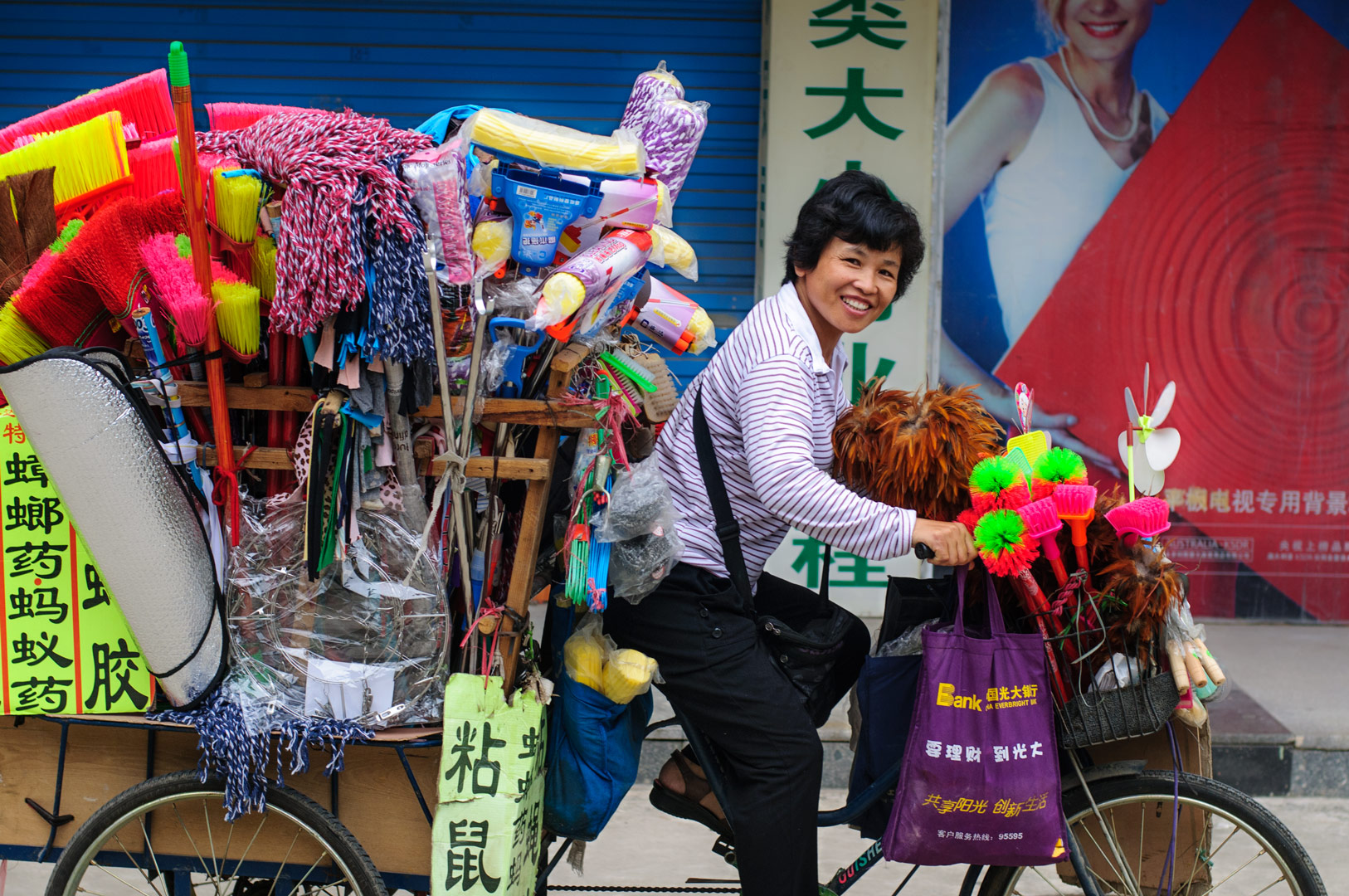 Women love cargo bikes because they’re relatively light and easy to maneuver. They can lift them over sidewalk curbs, whereas motorcycle cargo bikes are too heavy to do that with. Quite a few of them push their three-wheelers from place to place but some do manage to pedal their fully-loaded bikes. 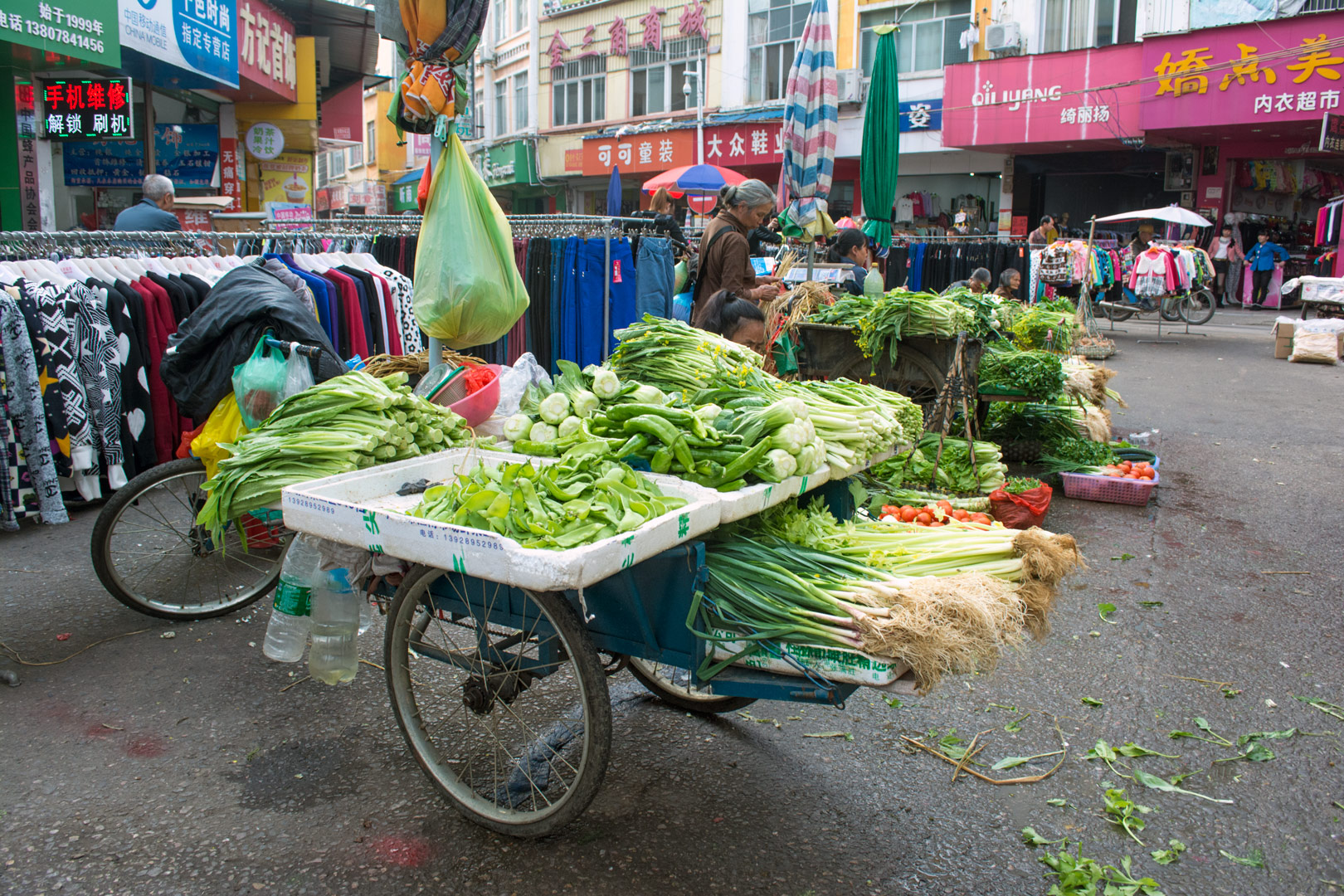 Need to sell snacks? Or even clothes? In China, they’ve got that figured out! How about setting up a business making keys? Just place the necessary equipment in your cargo bike plus take along a chair and you’re ready to set up shop. Whole markets are full of cargo bike stalls selling vegetables, meat, and even flowers. 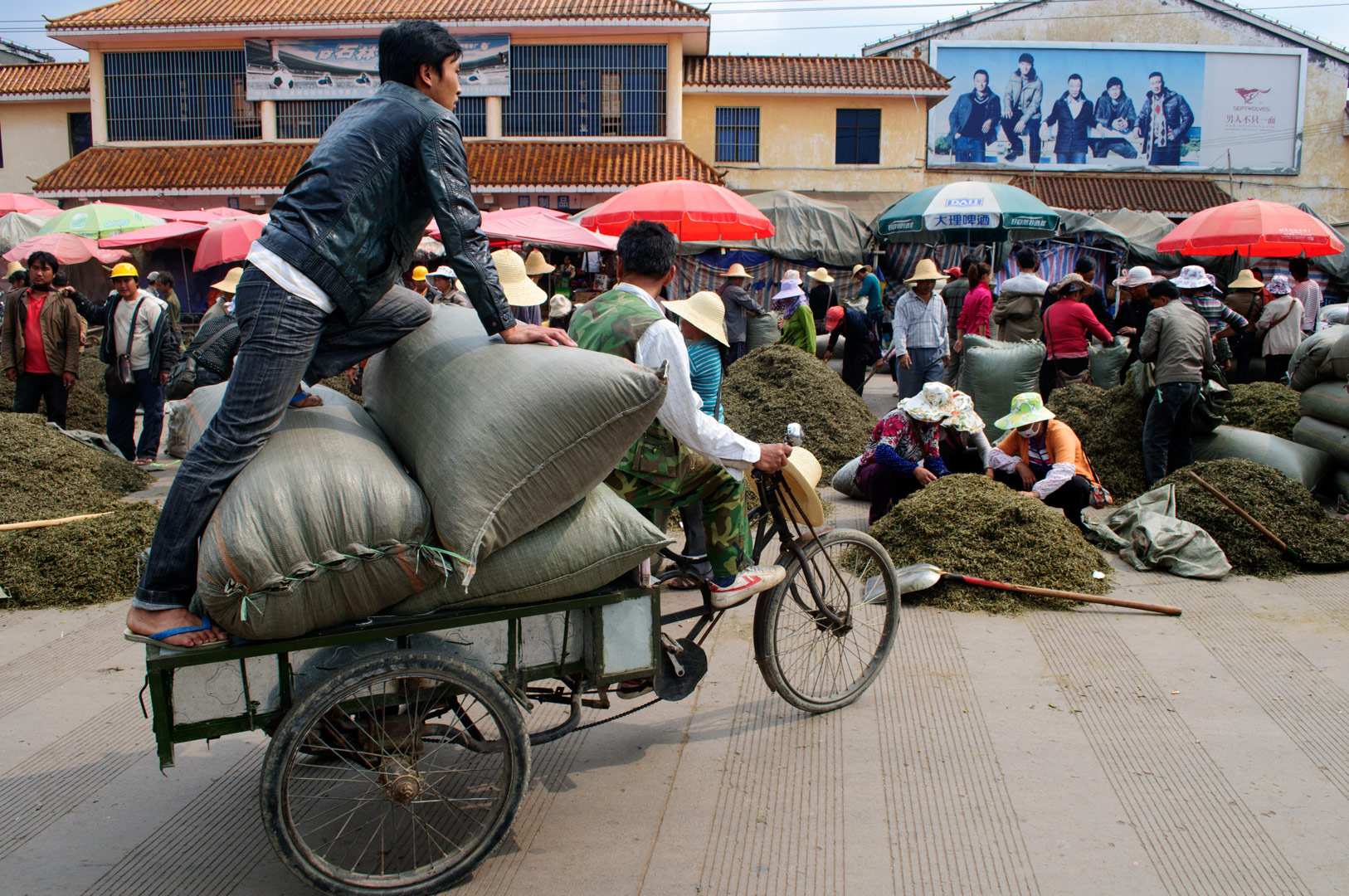 Around markets, you’ll see groups of men hanging around or even sitting in their cargo bike boxes. They’re waiting for customers who’ve bought stuff and need it transported home.

When someone cycled past carrying a mountain of junk, the stuff usually turned to be cardboard, metal or styrofoam. They were bringing it back to the recycling bank. How they managed to tie all it on to their bikes in the first place was beyond us. 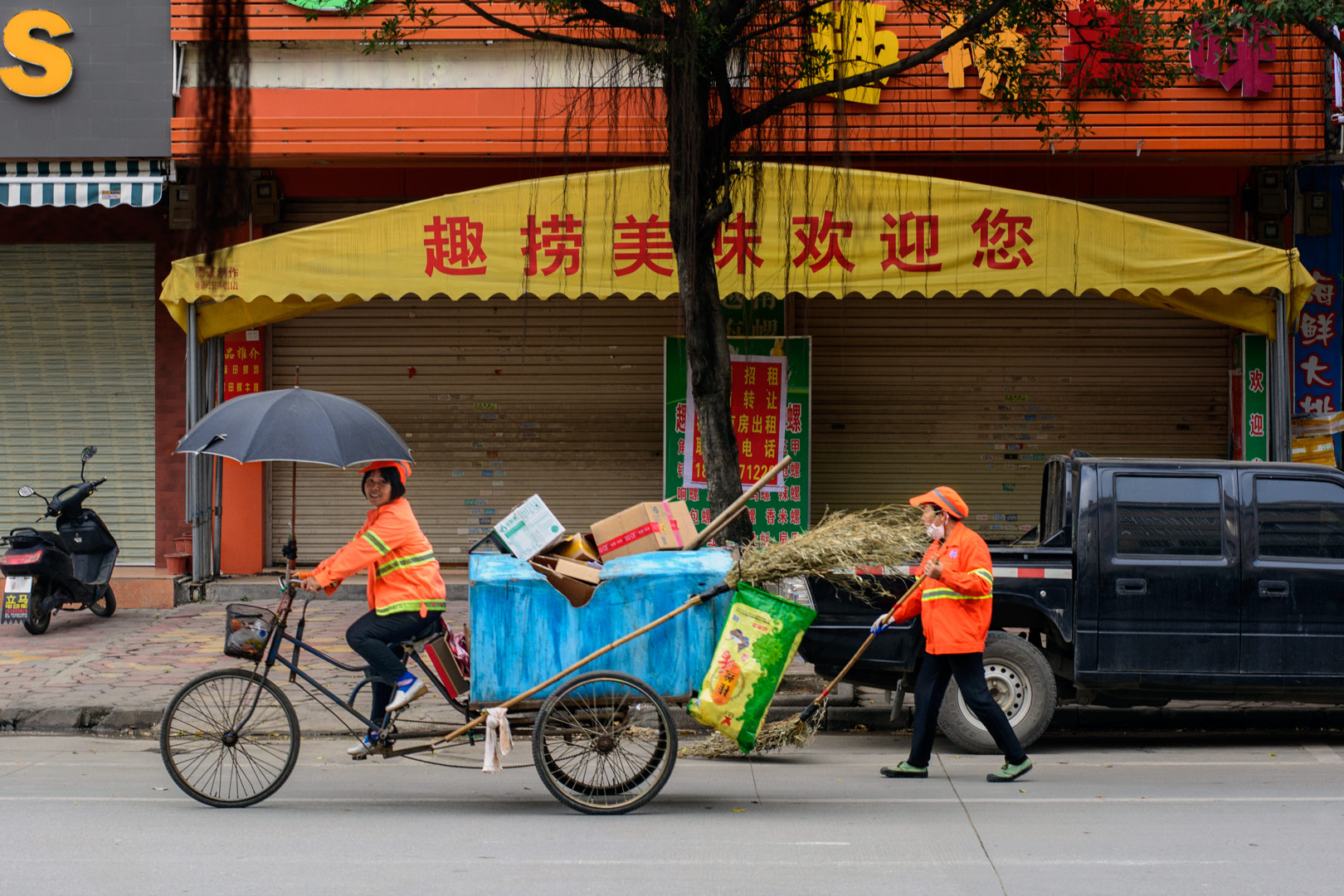 Chinese cities employ a veritable army of street cleaners on cargo bikes. They ride the streets and bike paths, stopping to empty garbage bins plus sweep curbs and sidewalks. 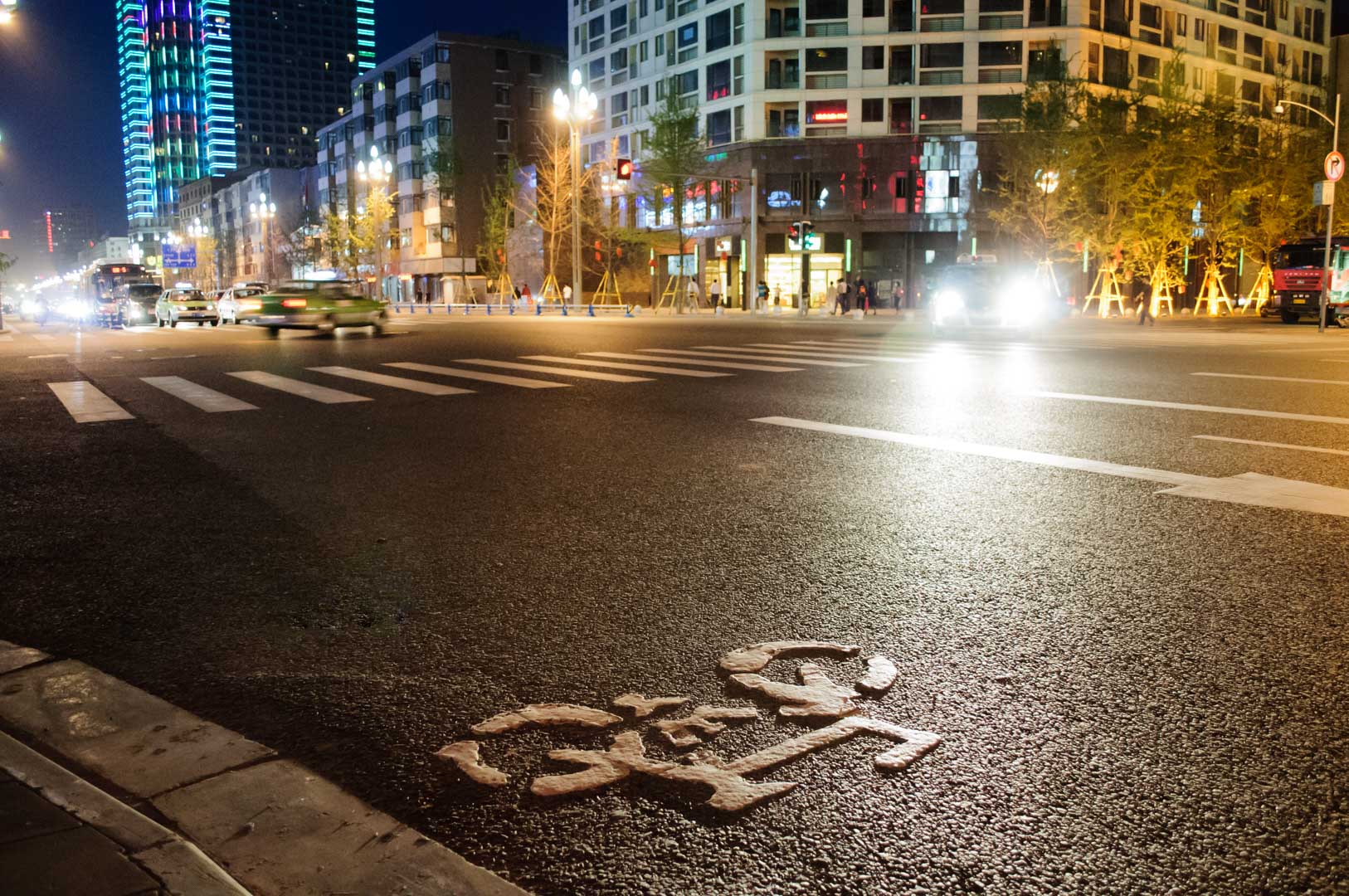 Compared to most of the countries we’ve been to around the world, the bicycle infrastructure here is great! We rode through a number of cities almost entirely on bicycle paths. The biggest danger was from the electric scooters that shared the paths. We’d look in our mirrors and see nothing in back of us. Seconds later a silent electric scooter was right behind, honking to get around. That was a bit disconcerting.

Strangely enough, we didn’t come across many locals who used their two-wheelers to get around town. (Note: here we’re comparing China to the Netherlands and not America.) This could rapidly change. In 2012 we first visited Guilin and two years later we were back again. In that space of time, the city had started a ‘docked’ bike share program which turned out to be very popular. We spotted people riding the orange rental bikes all over town.